What Is Web Accessibility?

A quick guide on how to create inclusive, compliant websites.

We’ve all experienced it: the annoyance at a slow-loading website, the squinting at badly-designed font, or the despair of trying to navigate a mobile unfriendly page. While these problems may be a slight inconvenience to us, for people with disabilities, they can completely restrict their internet use.

Accessibility on the web is the need for websites to utilize tools and technologies developed to aid the perception, understanding, contribution, navigation, and interaction of a disabled person on the site. Integrating accessibility can seem intimidating to those that are just getting acquainted with it, but it is a vital element of user experience. Accessibility should be built into the web development and design process, rather than trying to retrofit it as an afterthought. 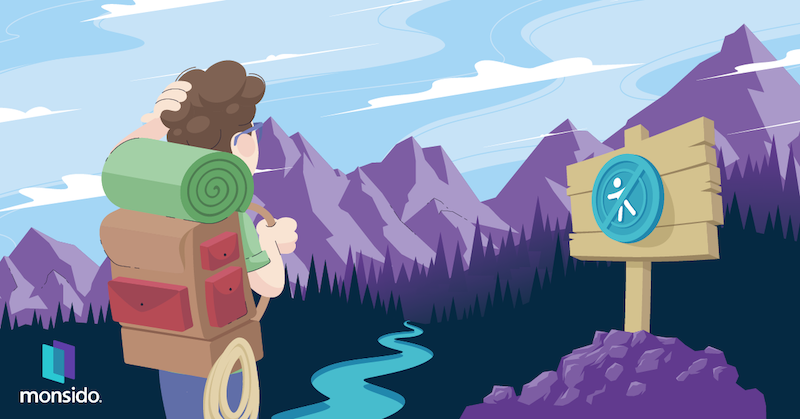 The Types of Disability

Disabilities that can potentially affect an individual’s experience in a site are:

Why Is Web Accessibility Important?

People with disabilities should be able to enjoy the same access to information as those without. Luckily, there are technologies available to reduce or remove the barriers to their digital access. The provision of these benefits ensures that everyone, regardless of age, physical or mental capabilities, can use the internet and have good web experience.

Besides making the internet a more inclusive place for everyone, a good accessibility strategy also has business benefits. Accessibility is a component of design and development that touches on almost every element of the website’s creation. It overlaps the aspects of mobile-friendly designs, device independence, multi-modal interaction, usability, search engine optimization (SEO) and more. Accessible websites can have better search results, reduced maintenance costs, increased audience reach, and demonstrate corporate social responsibility (CSR). Therefore, having a well-designed, accessible website doesn’t just make your website available to those with disabilities, but it can also significantly improve the user experience for all users of your site.

The Web Content Accessibility Guidelines (WCAG) was developed by the World Wide Web Consortium (W3C) with the purpose of setting a series of internationally shared guidelines governing the standards of web content accessibility to make websites, devices, and content accessible to users with disabilities. Content under the WCAG refers to web content which is the information on a web page or web application, which includes:

There are two versions of WCAG applied currently: WCAG 2.0 and 2.1. WCAG 2.0 was published in 2008 and became an ISO standard in 2012. WCAG 2.1 was published in 2018. All requirements (“success criteria”) from 2.0 are included in 2.1, with a few additional success criteria in 2.1. However, the guidelines are backward-compatible, meaning that content that conforms to WCAG 2.1 also conforms to WCAG 2.0.

WCAG’s success criteria are categorized into three levels of conformance, Level A, AA, and AAA.

Level A  – this covers the most basic requirements of accessibility features and is the minimum degree of accessibility that must be satisfied. Failure to conform to this level will result in a completely inaccessible website.

Level AA - This level addresses some of the more common barriers to entry for people with disabilities. This is the highest level of conformance required by most websites as it ensures that the biggest accessibility barriers are removed.

Level AAA  – This is the highest level for accessibility under WCAG and it is more difficult to achieve by most sites. Achieving this level is desirable but not of the utmost necessity.

The Four Principles of Accessibility

The principles of web accessibility are the foundations of content produced for the web and for anyone who wants to use the web. These principles are known as POUR, which is an acronym that describes functional accessibility:

Perceivable - Perceivability refers to the information and elements of user interface that must be presented in a manner that can be perceived by the senses and that nothing is left undetectable or invisible. To most web users, perceivability is based primarily on visuals, but for those that are unable to, sound and touch are used instead.

Operable - Interactive interface elements such as controls, buttons, navigation and more should be operable. This means that a user must be able to operate interface elements by first identifying them, and for most by physically clicking, tapping, swiping, or rolling. For those that can’t interact in these ways, voice commands or the use of other assistive devices like head wands and eye trackers.

Understandable - This means that technology should be clear and consistent in the presentation and format, with predictable patterns of usage and design. End users should have no issue in comprehending the meaning and purpose of the information presented in the content while discerning the user flow and operation of the interface.

Robust - Robustness is the ability for content to function reliably by a wide variety of technologies, including assistive devices.

The lack of any one of these four principles will thus make the web inaccessible to users with disabilities.

The Components of Web Accessibility

Web accessibility is an aspect that covers every element of a website. The different components of the website should be interconnected and complementary to each other to create a site that is functional and available for the benefit of those with disabilities.

Content which comprises the information on a web page or web applications, such as text, images, and sounds; or the code, script, or markup that defines the structure, presentation, etc. of the site.

User agents, which are the web browsers, mobile phone browsers, media players, plug-ins, assistive technology, and other software that acts on behalf of a user.

Authoring tools which are the software that creates websites such as code editors, content management systems, blogs, etc.

Accessibility relies on the collaboration of the components mentioned. Here are some basic guidelines on how to ensure that the interface and development of your site are created for accessibility.

The following principles that describe accessibility solutions are developed and benchmarked by the W3C Web Accessibility Initiative (WAI), in conformance to WCAG standards.

Once you’ve implemented solutions to accessibility, you should review your site for compliance with the required standards. However, the process doesn’t end there. Your site should be evaluated throughout your website’s development or redesign process. This can ensure that issues are detected early and resolved easily. While there are many tools available to assist in the evaluation process, Monsido’s comprehensive governance and evaluation tools can determine if your site meets all the accessibility compliance requirements and provides a dashboard overview of issues to help you optimize your site’s accessibility.

...accessibility isn’t the toughest nut to crack. All it takes is some commitment to learning the common issues and their solutions. A good rule of thumb is to never leave accessibility planning as the last project in designing a website. Rather, accessibility should be incorporated from the very beginning of the site planning and creation and subsequently to every project that follows. 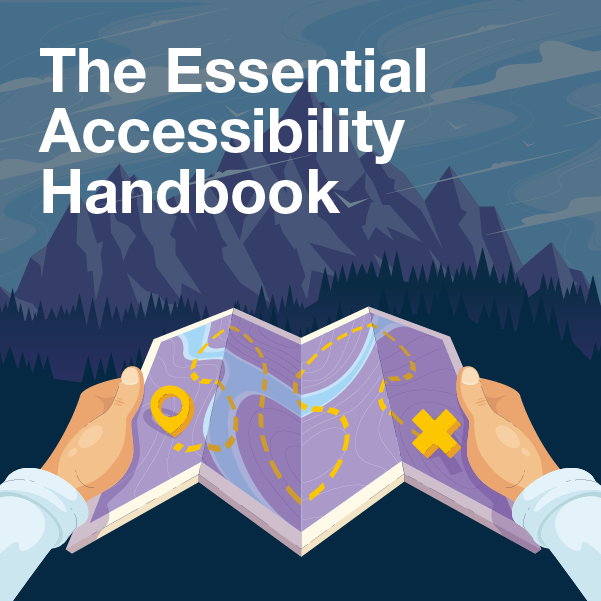 Your
Free Guide to Web Accessibility!

The Monsido Accessibility Handbook will help you get started with web accessibility. It outlines why web accessibility is important for your business or organization and the responsibilities that website managers have in creating an accessible site.
Get the Handbook

We Work With
Leading Companies

When you request a demo, we will scan your site. During the demo, we will show you what errors were found and how Monsido’s Automated Platform can help you resolve
them.
Request Demo 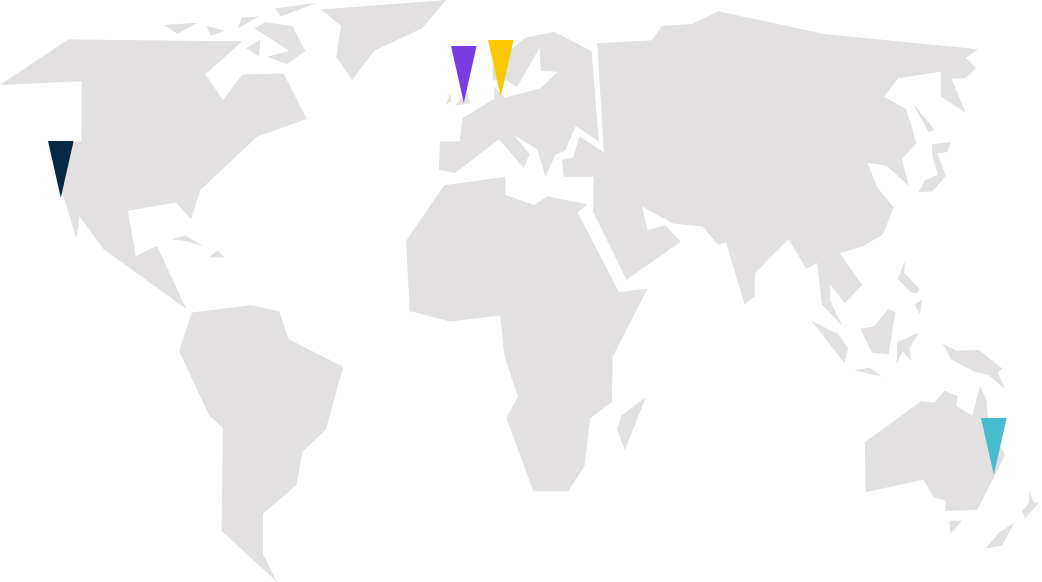 Join the growing Monsido family. We are expanding globally and hiring like crazy. 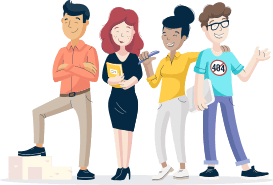