The World Wide Web Consortium (W3C) is the leading group which sets international standards for the web. In 1997 they launched a project called the Web Accessibility Initiative (WAI). Two years later, they released the Web Content Accessibility Guidelines (WCAG). The guidelines apply not just to websites but also to devices like cell phones. WCAG became the de facto standard and is used by many countries.

In 2008, the WAI updated the standards by publishing the WCAG 2.0. These standards replaced the previous standards of WCAG 1.0.

WCAG 2.0 has four principles which state that websites must be perceivable, operable, understandable, and robust. There are a total of 12 guidelines under each of these principles. In order to make sure a website is meeting these guidelines, there are a total of 61 testable “success criteria.” Here is how it looks:
You can use tools like Monsido's accessibility checker to see whether your web pages are passing or failing each of the testable success criteria. Note, however, that some of the tests aren’t as simple as pass/fail. Some tests require a human check to make sure the website meets the guideline.

One of the guidelines under the “perceivable” principle is that websites should, “Provide text alternatives for any non-text content so that it can be changed into other forms people need, such as large print, braille, speech, symbols or simpler language.”

If you do not have Alt tags for images, then the test will come back as an error. However, not all images need Alt tags – such as when the image is purely decorative. A human check would show that the image actually doesn’t need a text alternative to make the web content perceivable.

In 1998, President Clinton signed the Workforce Investment Act into law. The law made some amendments to the Rehabilitation Act, including to Section 508 which relates to information technology.

Under Section 508 of the law, all federal agencies had to make their electronic documents and information accessible to the disabled.

Section 508 is only required by federal agencies in the United States so it does not affect private entities or other countries. However, the US government has huge purchasing power so many companies and organizations around the globe strive to be Section 508 compliant.

There are a lot of overlaps between WCAG 2.0 and Section 508. The most important difference that you need to know is this: WCAG 2.0 is a set of suggested guidelines. Section 508 is a law.

Which of these standards should you use? It depends. If you are in the United States and may be working with a government entity, then you’ll need to make sure you are in compliance with Section 508. As one developer wrote on Stack Exchange in a discussion about whether to use WCAG 2.0 or Section 508, if “the website will be touched, in any way, by people who work for the government or get money from the government.”

Other countries which have adapted web accessibility laws usually rely on the WCAG 2.0 standards. WCAG 2.0 is generally more elaborate than Section 508. By getting in compliance with WCAG 2.0, then your website will not only be compliant with Section 508 but also ready for other countries too.

Remember, even if your country doesn’t have web accessibility laws which apply to you now, it doesn’t mean that there won’t be laws applying to you in the future! Implement the highest level of web accessibility that you can. It isn’t just wise for legal reasons, but the moral thing to do. Plus, there are many benefits of improving web accessibility.

The Levels of Web Accessibility

There are three levels of web accessibility established under WCAG 2.0. Level A is the least strict and the level which most closely resembles Section 508. Level AAA is very strict. For example, to be in compliance with AAA standards, your website would need to have a prerecorded sign language interpretation for all prerecorded audio in media. You have probably seen this on TV broadcasts of important government announcements; the interpreter is shown in a small box in the corner of the screen.

It is very difficult to always be in compliance with level AAA. Most companies and organizations worrying about accessibility should strive for level AA. At this level, they will be legally compliant in most countries, can avoid lawsuits, and provide a good experience for all users.

Ready to get started with web accessibility? Monsido can help!

We Work With
Leading Companies

When you request a demo, we will scan your site. During the demo, we will show you what errors were found and how Monsido’s Automated Platform can help you resolve
them.
Request Demo 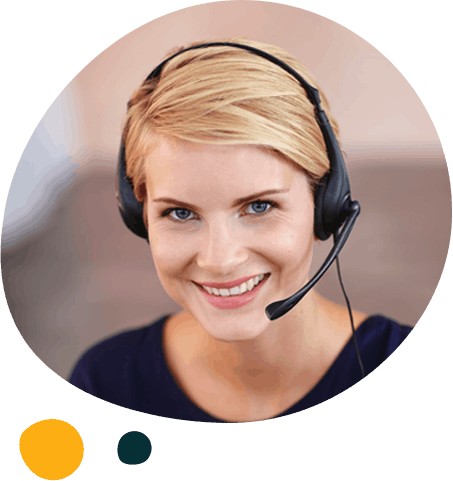 Join the growing Monsido family. We are expanding globally and hiring like crazy

By using the Monsido site, you agree with our use of cookies.WANT TO KNOW MORE?