“The City Beautiful” Serves Glowingly in the Sunshine State

The City of Orlando

The City of Orlando, Florida, is not just the gateway to “The Most Magical Place on Earth” but also an inclusive and transparent government for its community. Since 2003, under the leadership of Mayor Buddy Dyer, “The City Beautiful” has experienced tremendous population growth and continued investment, becoming one of the most sought-after cities in the United States. But with such an influx of people and businesses, the expectations surrounding the City of Orlando’s government also increased. To help exceed benchmarks, the City relies upon ArchiveSocial, Monsido, and NextRequest to facilitate an efficient, inclusive, and responsive government that represents the people of Orlando.

The City of Orlando’s social media presence is active, producing over 18,000 records a month on average just in the first half of this year alone. With 81 social media accounts across five different platforms, the only way the City can maintain centralized control and ensure compliance is with ArchiveSocial.

For Orlando, their social media accounts are often the first place residents look for information and to ask questions. And as one of the most popular travel destinations in the nation, as you can imagine, the City’s Instagram page, “@TheCityBeautiful,” receives the most attention. ArchiveSocial proactively captures every post and engagement across this page and every other account for the City in context and near-real-time.

“Social media has become the city’s voice,” explained Natalie Bednarz, digital communications supervisor for the City of Orlando. “This is how we tell people what programs we have, what services are available, how to use our services, and about Mayor Dyer's initiatives. I mean, it runs the gamut of ’is your trash not going to get picked up today because we have a staffing issue, or are the pools open?’”

Under Florida’s Public Records Law, social media posts and comments on official government pages are considered public records and can be requested. And for The City of Orlando, that happens often. Luckily, with ArchiveSocial’s advanced search, it’s easy to find the necessary information to fulfill these requests promptly and inexpensively.

“When there is a public records request (for social media), I'm not worried I'll be sitting there for hours searching for something,” said Bednarz. “It will take me 10 to15 minutes, and I can go about the rest of my day, which is really important.”

Local governments encounter a variety of visitors to their social media pages, who leave both positive and negative feedback. To comply with the First Amendment, the City of Orlando does not block any user or delete comments, no matter the contents. Even if a user does edit, hide, or delete something, the City is still protected. Orlando can rely on ArchiveSocial’s consistent monitoring and capture to have the original record (as well as any changes) if they ever need to produce it.

“It's been a great tool to have in our back pocket and know that if something fails, or people delete things, and you don't even know about it, you’re still protected,” said Bednarz. “ So it's nice to have a safety net.”

One of Mayor Dyer’s initiatives is the Parramore Kidz Zone, which aims to improve the lives of children in Orlando’s highest poverty neighborhood. Part of the program includes teaching the participants how to become entrepreneurs, which resulted in the group wanting to start a honey business. And from there, they learned how to source, bottle, distribute and promote their new “Black Bee Honey” brand, which included the “Black Bee Honey” Facebook page. As a City-funded program, every post and comment created on the page is a public record. So program participants also had to go through social media training in order to help spread the word about their honey.

“The smiles on their faces and seeing the good in the community is just such a great thing to see in general,” said Bednarz. “Just being able to share the great programs that we have in the city because people don’t realize that we have these programs and we're making that impact, and you can't really just tell someone, you have to show them somehow. And social media is how we do it.”

But inclusivity and transparency don’t end with social media. It also applies to your website.

Ensuring Inclusivity for All with Monsido

The City of Orlando is known as one of the most inclusive big cities in the country. However, inclusivity doesn’t end with just race, sexuality, and gender. For Orlando, inclusivity also includes those who may be disabled. With the use of digital assets, such as https://www.orlando.gov, continually increasing, the city has made web inclusivity a priority. To help ensure that its websites are ADA and WCAG compliant, Orlando utilizes Monsido.

“Monsido is very useful for doing compliance checking for us,” explained Nicholas Kruger, digital product manager for the City of Orlando. “Really compliance is the bare minimum first rung towards inclusion. So that takes a lot of time and weight off of us, checking to make sure tagging is correct behind the scenes so that we can actually focus more on the high-touch inclusivity that we want to do here at the city.”

Kruger and his team believe that web inclusivity should be a pillar of government service, both for Orlando and beyond. The City has incorporated the concept of design justice into its websites as it builds trust amongst its visitors.

“For a few years, I actually had an intern who was deaf-blind, and she helped us a lot with the true inclusivity and inclusivity aspect of giving us her feedback and bringing us into her culture as a deaf-blind person,” said Kruger. Because Monsido did a lot of the heavy lifting on the compliance side, we were then able to focus more on the human empathy side of inclusion.”

That belief in inclusion became even more important during the COVID-19 pandemic. With Orlando’s website becoming the first point of contact for many, the City was able to deliver most information and services 100 percent digitally. As the website changed and new vendors were added, Monsido was able to assist Orlando in ensuring digital accessibility compliance.

“We are constantly checking our website,” explained Kruger. “Challenges are always present with new browsers, even for abled folks is always a challenge, but then when you bring in alternate browsers like braille readers, it absolutely is a challenge. Monsido is helping us make sure that any technology we bring under our umbrella meets compliance. It also helps me for sites that we own and evaluate vendors who may not understand that ADA compliance is not just alt texts.”


One project The City was able to complete with the help of Monsido’s PageCorrect and PageAssist features was their web migration from City of Orlando.Net to Orlando.Gov. These features allow web administrators to immediately correct any issues and view a page in a more accessible way. This has allowed assisted in quality control during the migration, making it easier to locate pages that need to match their updated brand standards.

“We do have multiple authors on the site working on the site, so quality control in the common voice is always going to be important,” said Kruger. “It's very effective for us as a quality control tool as well as an accessibility checker. It's also helping us find a lot of things that need branding refreshes and updates that need to be done.”

Those who visit the website don’t know what is taking place behind the scenes to bring them an inclusive web experience. To achieve the lofty inclusivity goals set by the City of Orlando, exceeding basic compliance requirements is at the forefront of design decisions.

“Residents don't really care about the technology that's under the hood,” explained Kruger. “They just care if it works and if it meets their expectations, and clearly, we're doing a good job there because we have a good foundation.”

Another important expectation from residents is the City’s transparency and response rate, especially when it comes to records requests.

To ensure compliance with the state's public records laws, The City of Orlando has made it a goal to release information to those who request it in a timely manner. While the goal has remained, the task of producing those public records has become more intensive, which is why the City leverages NextRequest to help.

“We need a centralized portal because of the sheer amount of requests and because they're becoming more interdepartmental,” explained Danielle Donati, records and cemetery manager for the City of Orlando. “It's not just one department that needs to respond to them. The requests are becoming a little bit more diverse as well as the types of requesters that we're seeing.”

Hosting a digital public records request portal also allows The City of Orlando to be more inclusive when it comes to public records. By shifting the process online, the time and effort it takes to file a request have reduced drastically.

“NextRequest is an excellent tool for accessibility and also, in a lot of ways, equity,” said Kruger. “If you think about someone having to take time off and take childcare and whatnot, to actually come to a physical office, pay for parking, all of that, those are tremendous, tremendous barriers. And so us being able to fulfill as many things as we can digitally helps in that aspect as well.”

The State of Florida allows municipalities to charge for the labor incurred while compiling a public records request. NextRequest accepts payments within the portal for records requests, and with the help of RapidReview, The City of Orlando can Batch Redact documents and increase the speed at which they are released, and reduce the costs to release them.

“That has saved an enormous amount of time when we are trying to push it out to more and more departments to make it a little bit more streamlined,” said Donati. “NextRequest really has allowed us to make whatever is readily available, available quicker”

Currently, the most popular records requested are crash reports and 911 calls from the Orlando Police Department, which are requested through the City NextRequest portal. As Orlando continues to grow, the number of records requests will continue to increase, and NextRequest will be there to assist the City in remaining responsive.

“NextRequest allows us to meet the mission that the City has always had, to be transparent and to be open and to provide what we can,” said Donati. “It has become integrated into the city's public record process, and we enjoy being able to use it in a way that helps our constituents feel like they are staying connected to what's going on through public records requests.” 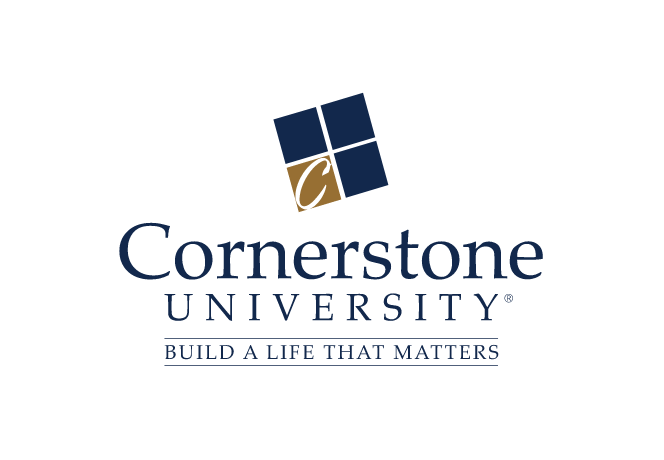 Cornerstone University used Monsido to uncover errors hidden within the massive amount of content on their site.
Learn More 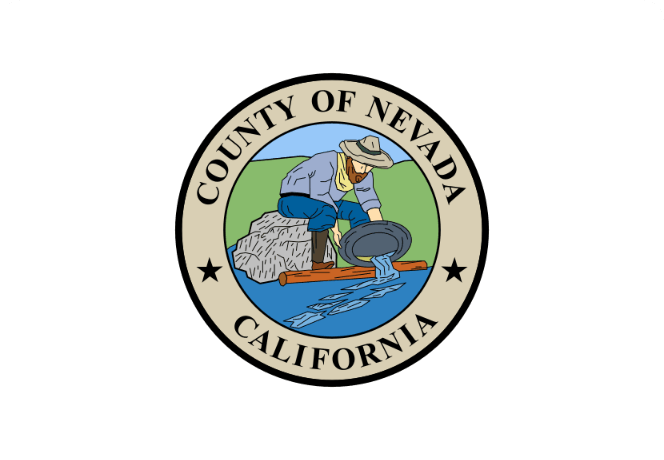 The County of Nevada took back control of website quality across over 50 domains and web managers.
Learn More

Destination NSW refers to Monsido as “A Cost-Effective, No-Brainer Solution to Optimising Your Site”.
Learn More

Want to join the Monsido team? We're expanding globally, so check out our available positions.